There is a saying in Paraguay for people who drop in uninvited to events. It’s used in the verb form and is called Pirateando (being a Pirate). When we have events at the school or the Agriculture Center, we get lots of people Pirateando-ing. There is not much happening in the interior of Paraguay, and the Paraguayans always jump at the opportunity to get together. We just say, “the more the merrier” and are happy to have them.

Several weeks ago, we had an event at the Agriculture Center with Paraguayan music and dancing. I noticed a boy there who I had never seen before. After the event, Angelica and I were on the front porch as the young boy headed off into the distance on his bike. With tears in her eyes, Angelica told me this young boy had approached her and asked if he could attend the Susanna Wesley School. He said that he wants to be an engineer and knows that he won’t be able to get the education he needs from the school he attends. The boy had attended the Susanna Wesley School several years ago and had moved away, but is willing to travel a good distance to attend again. Unfortunately, he is just finishing up the sixth grade and the Susanna Wesley School only goes up to sixth grade.

There are so few opportunities for children living in rural areas of third world countries. Occasionally, there are kids who have the will to persevere and just need a little luck or help along the way. The ones who really want it will diligently seek out opportunities. Many of these opportunities come from Christian programs. While the Suzanna Wesley School may not be able to help this young man, Angelica and I plan to pay him a visit to see if there is a way we can help.

Sometimes, it is not the kids that take so long to come around. Jefry is a boy in our Sunday school class, who has been either Angelica’s student or my student for over seven years. He had always been very active Sunday School, but has never been able to participate in any extracurricular activities. This has always gotten under Angelica’s skin. We know Jefry’s mom, as she lives right next to the church. In the past, I have told Angelica “some day she will lighten up.”

Jefry had been struggling with school and asked us once if God would help him make good grades if he prayed for it. We told him that he would probably get better results if he prayed for a changed attitude in study habits and paid better attention in class. This last quarter, he got good grades and the best math grade in his class. His mom asked him how he did it and he said, “I prayed that God would help me be a better student, just like Angelica taught me.” The other kids in class also took note that he would pray before tests. Now, Jefry’s mom says that he can go anywhere he wants with us. 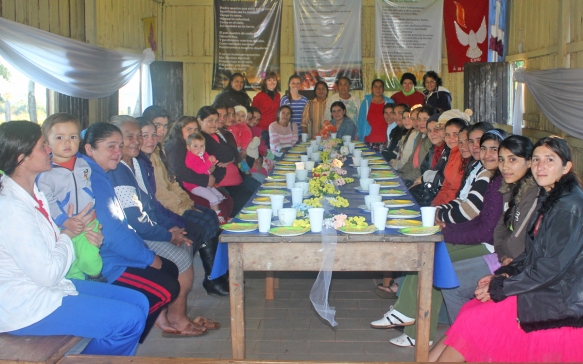 In July 2012, a missionary team from Alpharetta, Georgia hosted local women for a traditional American Tea Party, then offered a devotion.

I Always Thought Being Married to Angelica Would Pay Off Someday.

Being a family made up of both Americans and Paraguayans, Angelica and I have been able to benefit from our long relationships with friends from both countries. I have mentioned this before, but it is worth mentioning again. The Christian friends that we have here in Paraguay and in the US are a tremendous part of what we do down here. We have received so much help from so many people that I sometimes feel bad about taking credit for our successes and occasional miss steps.

God has blessed us with a talented group of youth here in Paraguay, who are always available to jump in and help us out. Every once in a while, God will put an idea in my mind and after a few phone calls home, the wheels are set in motion. So much of what we do here is relational, and it strengthens us to have such good relationships with people in Paraguay and the US. Almost nothing that we do here could be done on our own, and we thank God that we have other Christians to call on for assistance. 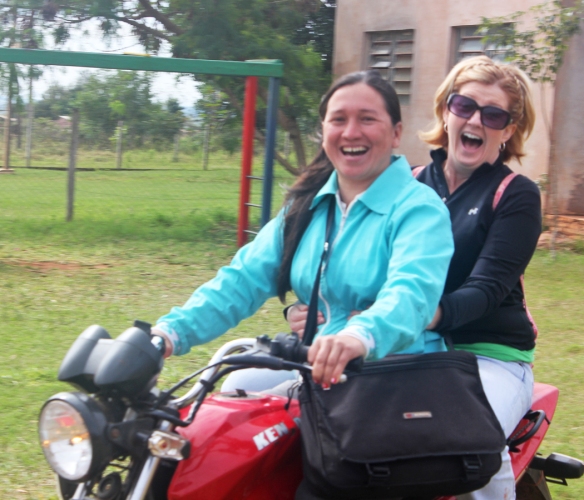