On Thursday night of Semana Santa (Holy Week), we re-enacted the Last Supper. Things did not go quite as planned. We had to use a girl for one of the disciples; one disciple did not show up; and there were only five people in the audience.

When it rains here in Paraguay, the streets quickly become rivers. Even the people with cars don’t venture out, for fear of being swept away. I was frustrated because we had put so much time into preparing the event. We had invited people from around our church that normally don’t attend. Plus, I was looking forward to demonstrating my stellar acting skills. 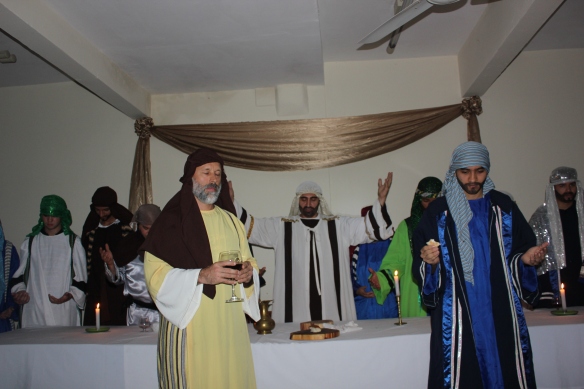 In the end, it was a great evening with eleven men and one girl celebrating communion together. As we were performing, I almost felt like I was there with Jesus in the Upper Room. With no one watching, it was more like we were taking part in the event, just like the Disciples did that night so many years ago.

We hope that all of y’all had a great Semana Santa and that you were able not to just celebrate the holiday but to feel Jesus’ suffering and final victory over death.

Over the past two months, I have received calls and invitations from the Ministry of Agriculture, inquiring about teaching at the Agriculture Center and inviting me to events they are planning. The government has supplied funds to buy small tractors for several communities and they used the Agriculture Center to demonstrate the uses of the tractors. They even told me that we could use a tractor for free. I declined the invitation to use the tractor for free, but look forward to using a tractor to increase production.

The Ministry of Agriculture also has asked if they can conduct a pilot project on planting Mandioca (Yuka) at the center. Here in Paraguay, it is a sin to eat a meal without Mandioca, and almost all families plant it, if only for personal consumption. The government is interested in discovering more productive methods of planting Mandioca.

The real selling point of our Agriculture Center is the nice facilities. Many times the engineers who travel the country do not have nice places to stay, and they rarely have suitable places to conduct seminars. Throw in our good food and the occasional America recipe, and they are sold.

We Are Not the Only Ones with a Plan

Many of y’all know about the medical clinic we are preparing to open in Quinta Linia. Angelica spoke about her dream with some of y’all while we were home over Christmas. This is something that she has dreamed of and prayed about for a long time.

I sometimes see my job as keeping Angelica “The Latino” in check — she has some crazy ideas. I have told her for years, I just don’t see how it will be possible to open and run a clinic in Quinta Linia. It is not that I don’t see the need. We are constantly confronted with the horrific realities of not having medical care in the area. The problem is a cost and time issue.

Thankfully, I don’t have the final say-so on what God is planning in Paraguay. We have had the same doctor since moving to Paraguay. I no long allow Angelica to go with me to the doctor because she spends so much time talking to him about my medical problems and anything else she can think of. She never hesitates to call him when something comes up, no matter what time of night or early morning. He even lets her know when he is

It was a great shock and disappointment when Dr. Schmitt told Angelica that he would no longer be seeing patients. But it was also a blessing when he informed her that he will be working with the new government to place clinics in rural parts of the country and that he will be working with another doctor Angelica knows as well – a doctor to whom she donated medications from the mobile medical clinic years ago.

Now the Ministry of Health is looking for facilities to place clinics in rural parts of the country and they are committed to supplying “Traveling Doctors” and medications. We feel tremendously blessed that Christians from The States are committed to helping us build the small clinic in Quinta Linia. Oh, and did I mention that a friend donated the land to us for just $10.

Angelica and I want the people of Paraguay to know Jesus Christ.

We want them to realize the benefits of a relationship with Him. We want them to know that we care about their spiritual lives but also their well-being here on earth. Through helping to meet their agriculture and medical needs, we can show them that we and other Christians truly care. Angelica and I can make a small difference, but with so much help, we are making a big difference. 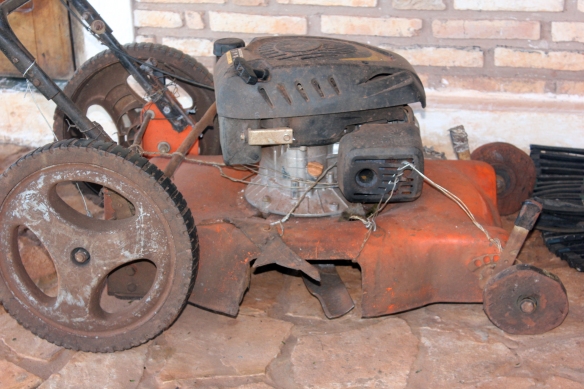