So much is happening at the Agriculture Center in Paraguay!

There is such a thing as “too much of a good thing.” I have been so overwhelmed by activities at the Agriculture Center in Quinta Linia that I told the man who helps me, “We are going to have to designate places for people to meet, walk and park or we were not going to have any more grass.”

There has been a constant flurry of activity at the center for the past three months. We have hosted three teams, three groups of agriculture engineers, three cooking classes, two bonfires, two Bible studies, one equipment demonstration, a Kid’s Day — Oh, and a few World Cup Parties!

This past week we helped host an event in the village. The event was actually held on a farm “across the way” from the center.  It was called Dia de Campo (Day of the Country) and was put on by the Ministry of Agriculture.  The event lasted two days and involved more than 250 people, including over 20 engineers, veterinarians, government officials, and representatives from The Ministry of Agriculture.

The first day we hosted classes at the center on cooking with local products and classes on making natural detergents and cleaners.

The second day, they set up tents in different locations on the farm and participants were divided in groups of 15. Every 25 minutes, a group would start out on a rotation, visiting the first of the seven tents. The tents were dedicated to many different aspects of farming, from soil preparation and planting to harvesting and packing. 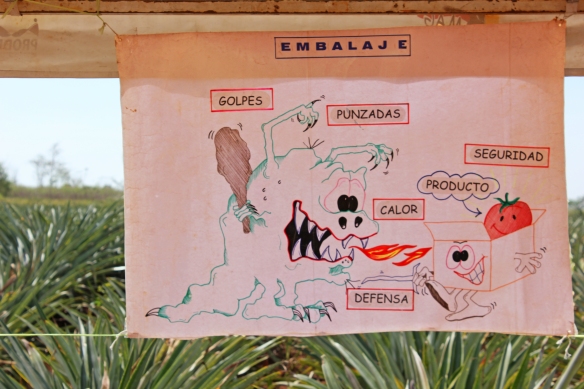 The culmination of years of work by lots of people.

These last few months have been a long time coming and have been put together by the efforts of Americans and Paraguayans — always with the goal to help the Paraguayans enjoy a better life and know Christ. We are grateful to every person from here and afar that has been a part of this ministry throughout the years. This would not be possible without the efforts, talents, prayers and support from so many people.